A local storyteller and stand-up comic friend asked for some design help. Five years later, his show is still going strong. He’s also made a movie.

Starting with a relatively modest show, a storyteller friend was awarded the Phoenix Mayor’s Arts Award in Creative Writing in 2014. Thereafter, the Storyline name and shows expanded as the following and interest in public storytelling as was rekindled among our culture. Each show is presented with a theme, allowing those interested to contribute a story for consideration, after which selections are made for the event. Both a regular cast of storytellers and many guest appearances allow this event to continue to grow. The upcoming season’s will feature a first-time community art project for each poster, embracing the communal aspect of this project to its core. 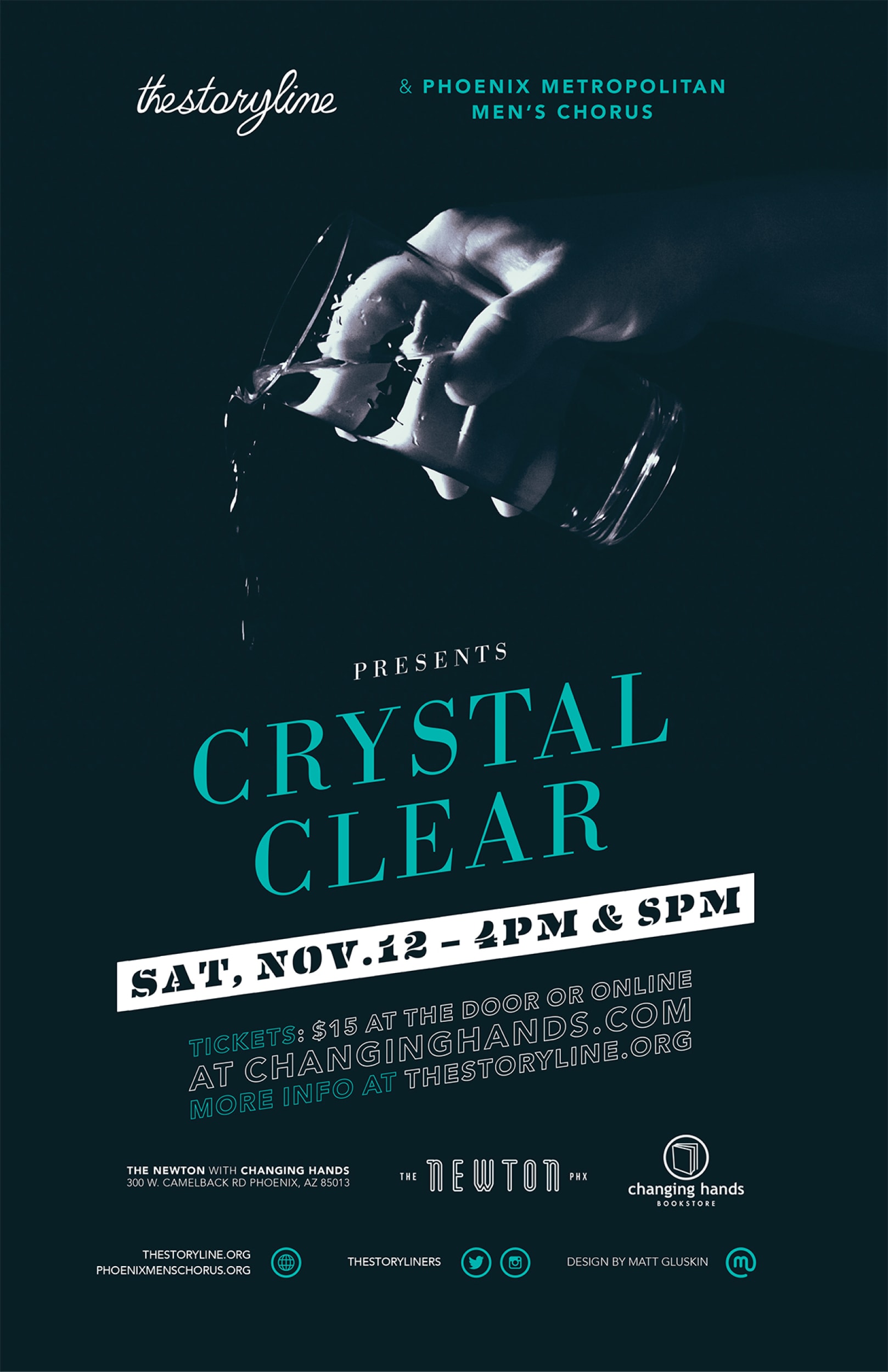 
Each season utilized a design template with standard information to brand the audience while the visuals would change, creating a visual/graphic concept that supported each show's theme 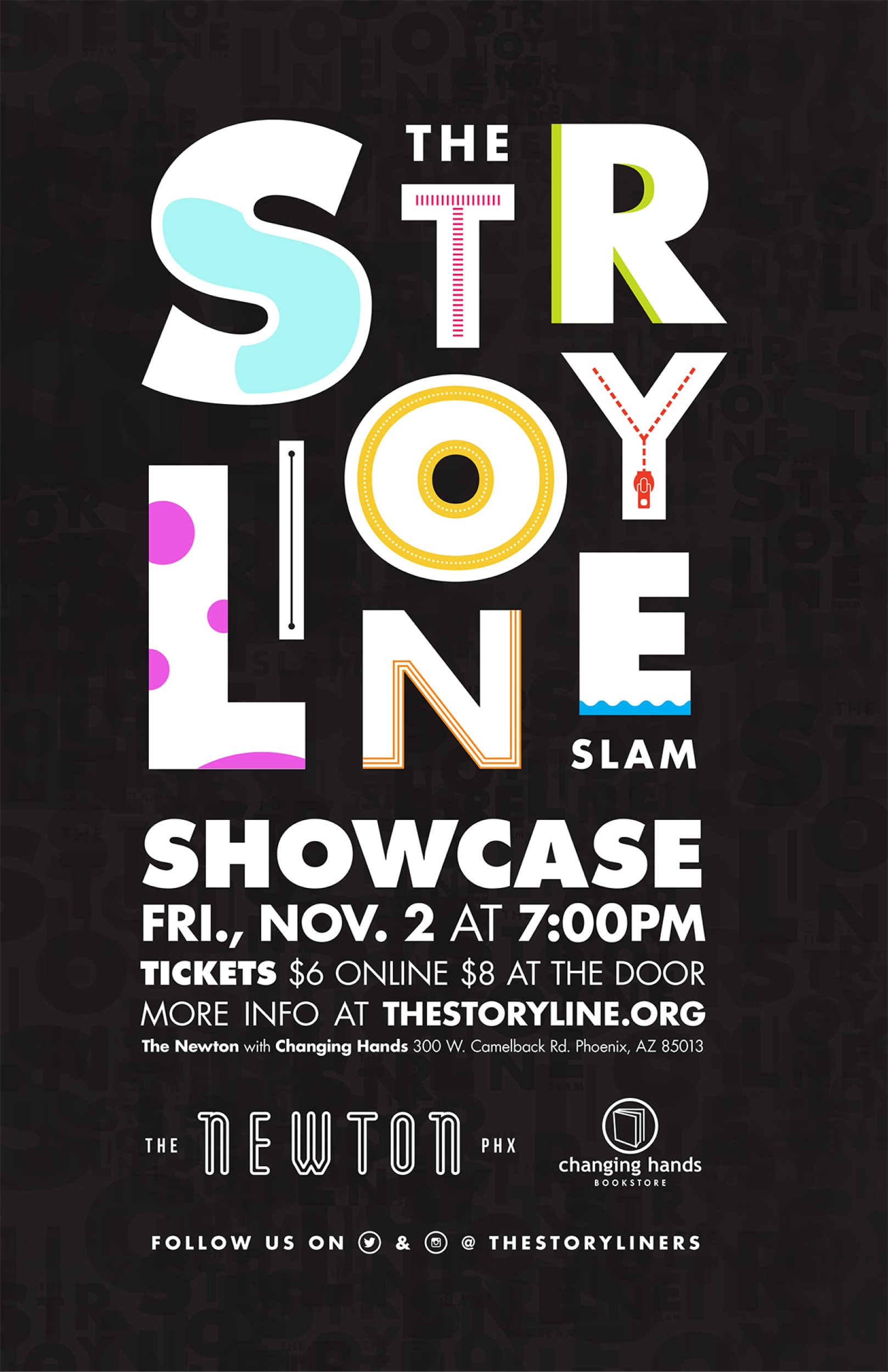